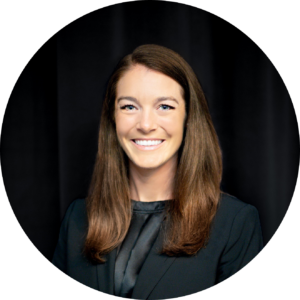 VanDoren is currently the Assistant Brass Caption Head of the Santa Clara Vanguard Drum and Bugle Corps. Prior to this position, she spent 12 years with Carolina Crown. She joined the brass staff in 2013, after marching with the corps from 2008-2012. VanDoren also works with the SASI Leadership Faculty, a group of current and former teachers dedicated to developing student leaders. Since 2013, she has enjoyed getting to be a part of the “SASI Experience”, an uplifting and empowering environment for both students and staff.

Mrs. VanDoren’s professional affiliations include the Texas Music Educators Association and the Texas Bandmasters Association. She currently resides in Austin, Texas with her husband Evan, daughter Anna, and their dog, Cooper, where both enjoy being part of a wonderful community of outstanding music educators.

Anna Bush will be in her 1st year as a band director at Vandegrift High School in Austin, Texas and her 4th year teaching. Originally from Cedar Park, Texas, Mrs. Bush graduated from Cedar Park HS and the University of Texas at Austin with a Bachelor’s Degree in Music Education, and a Performance Certificate in Trombone Performance. During her time there she played in the UT Wind Ensemble under the direction of Professor Jerry Junkin, and the UT Trombone Choir under the direction of Dr. Nathaniel Brickens.

Mrs. Bush previously worked at Cypress Woods HS in Cypress Fairbanks ISD and Cedar Park HS in Leander ISD. During her time at Cedar Park they were BOA San Antonio Finalists and 5A State Marching Champions.

Anna’s professional affiliations include the Texas Music Educators Association and the Texas Bandmasters Association. She currently resides in Cedar Park, Texas with her husband Bradley and their dog, Annie, where they enjoy time with their friends and family. 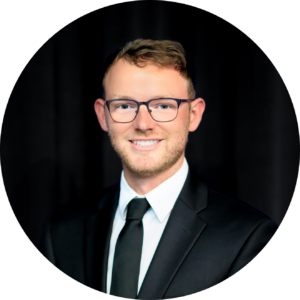 Mr. Norris is originally from Tulsa, Oklahoma, where he attended Union High School. He went on to earn degrees in Music Education and Horn Performance from Oklahoma State University, where he studied horn with Lanette Compton and brass pedagogy with Dr. Ryan Gardner. Mr. Norris performed extensively as a member and section leader of the Wind Ensemble under the direction of Dr. Joseph Missal, the Symphonic Band under the direction of Dr. Doug Henderson, as well as the horn octet, horn quartet, and various other chamber ensembles. For two years, Mr. Norris served as Drum Major for the OSU Cowboy Marching Band. Prior to graduating in 2016, he was named Outstanding Senior Music Education Major.

Mr. Norris’s professional affiliations include the Texas Music Educators Association, the Texas Bandmasters Association, and the International Horn Society. He currently resides in Leander, Texas with his wife, Kat, and their dog, Gus. 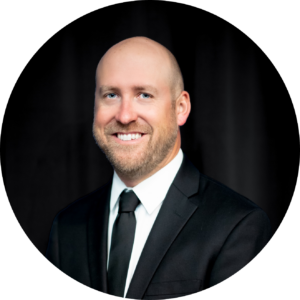 Joe is currently the Battery Coordinator for the Bluecoats Drum and Bugle Corps from Canton, Ohio. Joe previously served as the percussion caption head for The Cavaliers Drum and Bugle Corps from Rosemont, IL from 2015-2018. During this time the percussion section saw a radical change in placement going from 10th place in 2015 to 3rd place by 2017. The group also saw over a 95% retention rate during Joe’s time leading the caption. Before joining The Cavaliers, Joe served on the percussion staff for the Phantom Regiment Drum and Bugle Corps and the Spirit of Atlanta Drum and Bugle Corps from Atlanta, GA. Joe was also involved with Music City Mystique as a battery instructor from 2009-2011. He was a member of Southwind Drum and Bugle Corps from 2001-2003. During his time at Southwind, he was named the 2003 DCI I&E Snare drum champion. From 2004-2006 Joe was a member of the Cavaliers snare line. During his time with the Cavaliers, Joe won 2 DCI world championships, 2006 DCI I&E mixed ensemble championship, “Cavalier of the year” and the “Zildjian award” in 2006. Joe received his Music Education degree from Murray State University in Murray, Kentucky. Other teaching experience includes George Rogers Clark High School, Southwind Drum & Bugle Corps, Murray State University, Austin Peay State University, Mt. Juliet High School, Marshall County High School, and Murray High School. Joe is endorsed by Pearl Drums, Innovative Percussion, and Evans Drumheads.​

Welcome to the Band Department of Vandegrift High School

The Instrumental Music Department at Vandegrift High School enrolls over 300 students from the 9th through 12th grades who study with a dedicated teaching faculty as well as private lesson instructors.

Our Philosophy of Education

Music is a fundamental piece of the human experience. Music Education is therefore a necessary endeavor to ensure that the whole child is being educated. This includes skill development, cognitive understanding, and aesthetic appreciation for many forms of music.

The primary objective of the Vandegrift High School Instrumental Music Department is to develop the performance, rehearsal, and personal practice skills of each student. The vision for the program is to “Define the Standard” in all we do.